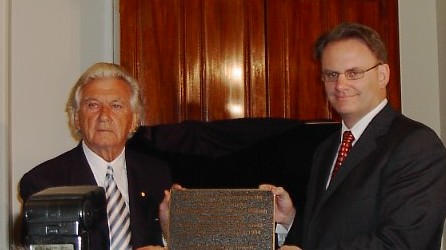 Mark Latham is one of the most interesting writers around today who says thingsthe way they are. He has written a book called The Political Bubble, which is a great read it’s about thepolitical system in this country. Latham writes that there is too much of a vested special interests influenced by politicians Both parties push their neoliberal agenda through Parliament for corporations because Australia is run by a political duopoly. Mark Latham joined the Labor Party in the mid-70s to change people’s lives for the better. Hethen served in opposition for a while and burned his political bridges with the Canberra Club.

There is a democratic deficit in the Parliamentary system that does not represent the majority anymore Only a rivial interest in the main parties are present. The Rudd/Gillard years bankrupted the system, and it is now broken, following the same path as Greece and Italy. Also, Abbott is not helping either despite improving the MPs Superannuation entitlements and cutting back on Social Security for everyone else so he is looking after his mates on the big end of town. Latham points out in his book that technology is transforming society and taking power from politicians and the media establishment, which is losing its reputation.

Mark Latham has documented how in February 2014 the government was going to end subsidies to SPC Ardmona because they had asked for $25 million and said it was to end the era of industry welfare in Australia despite a Cadbury chocolate factory in the safe Liberal seat of Murray. It was subsidized to the tune of $16 million and talkedabout double standards. Abbott also wants to pass his generous and expensive PPL scheme based on work\family in society by meeting the demands of work,which was moreof an interventionistapproach. Then the progressive Labor-Green Party left would, replace with a different scheme of their own so Latham had done his homework on this one and was right

He covers in his book how the middle class has withdrawn to the private realm and are buying degrees from universities and private institutions to get ahead, marginalising lower income people from getting an education. and creating an underclass has become a two-tiered system under a neoliberal state.

Regarding Right Wing Hunting Pack and Left-Wing Tribalism,in his book and he writes show out of touch they are with the real-world Both Left and Right have lost their meaning in thetraditional sense of the word, but are out for personal gain by politicians. And any new government will not be able to fix the trust deficit because the system is broken. Mark Latham has written a Manifesto on Downsizing Politics to fix the trust deficit because the system is broken. One light-touch government means time to end subsidies to big business and to cut back on middle-class entitlements. Because two decades of high growth put astop to income creation He is on the money on this, it has to be done. There is also a limited number of things for the coalition deregulation the labour market and taxation reform. And the Labor government should have three policy areas: education reform, poverty alleviation, and climate change reform. Then the era of top-down intervention would come to an end.

Two, it is time to curb bureaucracy in this country by cutting back the sinecures any government can have among assistant ministers or parliamentary secretaries and abolish departments of industry and employment as wall as industry programs.

Three, entitlement reform As dishonest scheme by turning their public life into a financial opportunity and making money out of the system. It needs to be a lot tougher on them to set up an independent monitoring body to end the abuse of power.

Four, Australia is one of OECD countries that has compulsory voting compared to other countries like Greece, Belgium and Luxembourg. This system does not represent themajority of Australians it is a apathocracy.

Five, sidelining lobbyists, the disease in Canberra Club, are lobbying by moneyed interest groups and organisations and are buying governments to do favours for themThis is institutionalised corruption. There needs to be transparency between party officialscompany directors, and corporate advisers. Mark Latham’s book covers lot of issues. 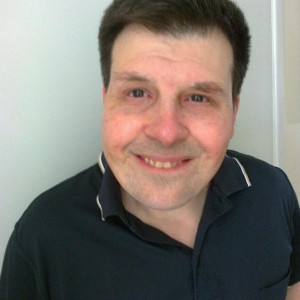 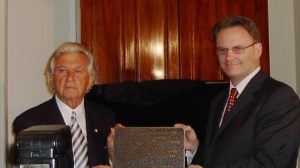